How To Select And Use Power Inverter For Home Backup 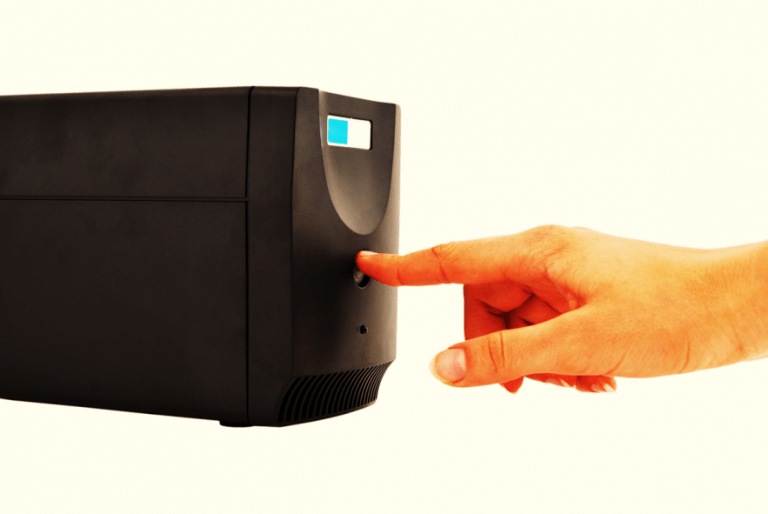 When you experience a sudden blackout or an unreliable power supply, there aren’t many options to choose from to get your power back. You could either purchase a generator or get yourself an inverter for home power generation.

Power inverters are great; if you want your home to have an uninterrupted power supply that you could use to run various household electronic devices, then you could go for a DC to AC inverter.

Home power inverters are available in varying load capacities and voltages; thus, you need to know how to choose a great device. But first, what is a power inverter?

What Is A Power Inverter?

A power inverter is an electronic device used to convert DC (Direct Current) to AC (Alternating Current). A converter does the exact opposite job, and the AC frequency obtained when using an inverter depends on the device used.

The input and output voltage, frequency, and general power handling depend on each device’s design, circuitry, etc. They do not produce power by themselves; rather, the DC or direct current source provides the power.

For instance, you could use your car’s power inverter to convert the 12-volt (DC) direct current to 120-volt (AC) alternating current that can be used to run small electronic devices that don’t usually require too much electrical power.

What Types of Inverter For Home Can I Select?

Portable inverters are great for individuals with small (or portable) power requirements. They could be used around the home whenever you experience a short power interruption, in the shed, when RVing, or on a family trip.

Portable inverters have a small power range of between 100-2000 watts. Depending on the types of appliances you’re looking to run, you could choose between square wave, modified sine wave, or sine wave inverters, more on this later.

Most types of DC to AC inverters that are currently being sold on the market are home-sized inverters. These inverters are the best inverter for homes because of their size and efficiency. Earlier on, inverters were designed for off-grid applications in locations with the most unreliable power systems.

However, current designs are meant to provide cleaner, renewable energy that can be supplied to the larger public displacing other means of energy production like nuclear reactions and burning coal.

Off-grid inverters are more prevalent in locations that experience unreliable or non-existent power supply. While earlier designs didn’t offer many options to choose from, modern designs have more than compensated for this by providing various options like automatic power backup, charging regimens, and battery maintenance.

On-grid inverter with no battery backup

On-grid inverters these types of inverters are the simplest and cheapest. They don’t require any battery backup and are easy to set up. All you need is a grid-tie inverter and solar-electric modules, a separate meter, and a disconnect switch.

You could go for an on-grid (hybrid) power inverter with a battery backup system if you feel like you’ve got sufficient backup power needs. Consider how unreliable your power supply is, your energy requirements (whether you have some equipment that needs a constant electricity supply), etc.

For instance, you could use modified sine wave inverters on simple systems that don’t have delicate electronics or even audio equipment that’ll pick up the choppy waves and produce a hum.

You could use this type of DC to AC inverter on old tube TVs and appliances that use brush motors. However, please note that there are chances that it’ll not work in appliances like your digital watch, battery rechargers, etc.

Also, while some equipment may seem to work fine, you may notice them getting hotter and working slower than they usually do. This could be bad since it reduces the equipment’s working life.

Modified sine wave inverters are often less expensive compared to pure sine wave power inverters. However, running them on most modern devices could cause you to use 30 % more power, cause your equipment to run inefficiently, and ultimately cause you to lose more cash than you’d planned on saving.

On the other hand, pure sine wave power inverters are often preferred for many modern electronics. You could use them for appliances that have brushless motors, LCD and LED TVs, etc.

Other devices include medical equipment like oxygen concentrators, light dimmers, battery chargers, bread makers, etc., making it the best inverter for home. That said, it’s definitely a great idea to choose your power inverter depending on what types of devices you plan on powering.

What Size Inverter Do I Need For My Home?

The size of a sine wave inverter you need to buy for your home depends on your appliances and the total power requirements or power load. You’ll need to make your calculations to determine how many tools you’ll need to run simultaneously and how much continuous power (in watts) your tools need.

In addition to this, you’ll also need to calculate the power draw or power surge your tools demand while starting. For instance, simple appliances like TVs and computers have a low power surge compared to refrigerators and power drills. Purchasing a small power inverter will result in a deficit that’ll affect how many tools you can use simultaneously.

You could get all this information on your tools’ nameplate. The information you’ll find on the nameplate will be presented in volts and amps or watts, and adding it up provides you with a total of the energy requirements needed.

You could convert the volts and amps measurement to get the watts by using this formula. (V x A = W). Determine your tools’ power surge by making measurements with an ammeter or making an approximation by multiplying the continuous wattage by three. However, keep in mind that this number can go as high as seven times.

How can I Connect the Power Inverter?

There are four steps you need to follow when installing your DC to AC inverter. You’ll need to:

Ensure that you select the best location before installing the power inverter. Here are some guidelines that’ll help you select a suitable location.

Here are the steps you’ll need to take when mounting your inverter.

Installing the battery and connecting the cables

If you have more than one battery, then you’ll have to connect them with the battery terminals facing alternate directions. Ensure that the cables that run from the battery to the inverter are long enough to make your connections comfortably.

Connect the cables following the manual guidelines and check to ensure that you have the right connectivity. Because of the low voltage and high current input, you’ll need low-resistance wiring to connect the inverter with battery. Doing this helps provide the maximum amount of useable energy for your load.

What Type of Battery Should I Connect With Inverter for Home?

Ah is an electrical charge unit that’s used to represent the charge that’s transferred by a steady current at one Ampere for an hour. It’s used to determine how long a battery can last before running out.

Since there aren’t any 122Ah batteries, your best bet would be to search for a 150Ah battery. If you have a bigger load and plan to use your inverter for extended periods, it would be more advisable to purchase more than one battery.

Other things to keep in mind

How Should I Connect the Batteries to the Inverter?

Note: Ensure that you take caution not to make your inverter with battery connection near flammable materials to avoid an explosion or a fire.

There are two labels that are often found on inverters. Most inverters can run and supply power 24/7 if the DC input (battery) keeps supplying power. The other label is the maximum power that the appliance can supply or the peak surge wattage.

The peak surge wattage represents an inverter’s split-second power supply. For instance, an inverter can provide 1500 wattage of continuous AC power that you can use to power your appliances and 3000 watts of a power surge (useful when turning on appliances for the first time). Such inverters can run a 16 cu. Ft. fridge with no problems.

Does a 1000-watt home power inverter draw many amps?

It’s not the inverter that directly influences the number of amps drawn. Rather, it’s your load. For instance, if you’ve got lots of appliances connected to your inverter, then the chances are that it’ll draw more amps compared to a smaller load. Thus, your battery will drain out faster.

What size inverter will work best with my appliances?

Most homes could function properly with 1500-watt inverters with a 3500-watt surge rating. This inverter could run simple items like the TV, lights, Wi-Fi, subwoofer, etc. However, as mentioned before, it’s always a good idea to calculate your overall load before selecting your preferred home inverter.

You are advised not to run your inverter on less than 80% of the output. Leave a buffer that caters to any power surges that may arise. This acts as a safety factor meant to keep your inverter functioning properly.

What wiring sizing should I use for the DC input? 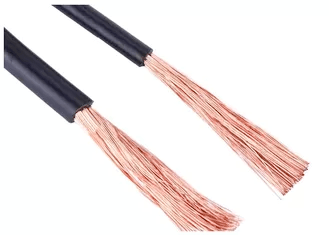 The wiring distance between the inverter and the battery bank should be short enough to prevent loss of power and fire hazards. The voltage drop should be less than 2%. Otherwise, you’ll experience frequent shutdown and low input voltage warnings. Also, ensure that you use high-quality copper wires.

How can I prevent being shocked by the inverter plating?

If you want to avoid any electrical shocks, then you’ll need to grounds your inverter. You could do this by connecting the metal chassis to the DC’s grounding system.

You’ll need to use an insulated copper wire that’s relatively sized to the over-current devices used. Ensure that the wire is in direct connection with the metal (the inverter’s chassis).

How do I take care of my inverter battery?

The inverter battery is the backbone of the entire system, and taking care of it should be your priority. You’ll need to use the inverter with battery regularly, check its water level, refill with distilled water every two months, and keep it clean. Keep the terminals clean and replace the battery if damaged or dead.

Selecting and Using the Best Inverter for Home: Conclusion

Choosing the right inverter for your home isn’t hard. You only need to make the right calculations to determine what size inverter for home suits you best. Take your time, collect all the information you need, and carefully calculate your energy needs before making a purchase. Get all the information you need to make an advised decision from this page and enjoy. Have fun!