VSUN200M series is a pure sine wave low frequency inverter with toroidal transformer and MPPT solar charge controller. Capacity from 1KW to 6KW, DC 12V/24V/48V and AC single phase 110VAC/120VAC or 220VAC/240VAC are available. It has multi-function LED and LCD displays that are friendly to users. You can set charging current/voltage to design the best solar system to meet different project demands. Support connecting with various types of batteries. With all-rounded productions and adapting high quality international brand new components, it is safe to use and with excellent performance.

Mains/Utility First Mode: When the mains input is normal, the output power is supplied by the mains bypass. When the mains power is not available, the inverter will automatically switch to battery-powered. (This mode is mostly used as the UPS backup power supply)

The inverter is equipped with battery overcharge /over discharge protection function. When thebattery is charged or discharged to the setvoltage value, the inverter automatically starts theprotection mechanism to protect the battery. (seethe instruction for specific parameter values)

The inverter is equipped with an active coolingsystem. In the inverter state, the fan coolingsystem automatically adjusts the fan speedaccording to the load rate. When the load rate is20%- 60%, the fan rotates at half speed, 60%-110% at high speed, and more than 120%, thehigh-temperature protection shutdown function isdirectly started

The inverter has the function of using themains charging, and is designed with low(5a), medium (10a), high (20a), ultra-high(30a) four current charging. The user canchoose the appropriate charging currentaccording to the actual capacity of thebattery.

About VSUN200(M) Series off grid solar inverter, we have 2 types, with and without MPPT solar charge controller:

AC is required for the operation of electronic appliances at home. The primary function of a frequency inverter is to convert the current into an alternating current and convert one frequency to another. Solar energy has enormous potential, which is being recognized by professionals in the field.

There are two main varieties for industrial grade inverters, which can be identified by the transformers’ size and their transistors switching speed, respectively. Pumps, torque-related equipment, and motors all produce electrical surges that require an inverter to be able to absorb.

The quantity of iron content in transformers determines the inverters’ ability to absorb these surges. According to the tolerances and sizes of the transistors that are utilized during inversion, as well as their operating speed, they are classified as low or high frequency, respectively.

What is a Low Frequency Inverter?

This occurs in a single second of the AC cycle. Their topography is the most straightforward of all inverter designs, although it is restricted to the production of modified square wave and square wave alternating current. The large size and weight of this inverter can help you identify what type of inverter you have.

The inverter is heavy due to the presence of a low-frequency transformer, but the components are highly rugged and reliable. One of the most advantageous aspects of this design is that its transformer provides DC to AC separation while simultaneously preventing potential transistor damage.

In addition, because the low-frequency inverters’ topography is straightforward, their efficiency remains high when there are low power levels. This means that there is absolutely no loss in both the transformer and transistor. 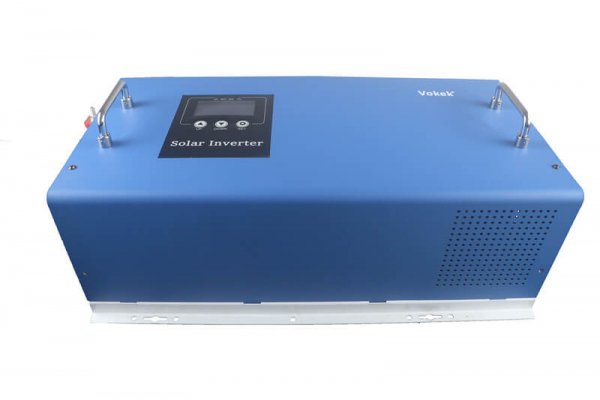 What is a High Frequency Inverter?

Its application is suitable for a wide range of applications such as small appliances, tool battery charging, computers, and A/V; however, it has a reduced capacity when subjected to high loads of surges for an extended period, such as motors, pumps, and high-torque equipment.

In most cases, the surge capacity or power of a high-frequency inverter is approximately twice as large as the normal output of the inverter, which is a common practice. For high-frequency inverters, this means that when the output rating of the inverter reads 2,000 watts, the output rating will normally be 4,000 watts. Most loads, especially those that are executing electronic loads, should be able to withstand a surge twice the normal amount.

However, when it comes to high-frequency inverters, we frequently run into difficulties when beginning huge motors and loads that start overloads, such as pumps, compressors, and other similar equipment.

So, if you use an inverter rated at, say, 4,500 watts surge and you’re trying to start a 2000 watts compressor, it’s possible that the pump will overheat. Consequently, motors under stress may necessitate the use of such a surge for a while. Something to think about there: in order to properly size an inverter before making a purchase, you must first determine what sort of equipment you will be running.

In terms of reliability, a low-frequency inverter relies on powerful transformers that are more sturdy and durable than a high-frequency inverter, which depends on MOSFETs that use power switching and are more likely to fail, particularly when operating at high power levels.

What is a Pure Sine Wave Inverter?

When it comes to inverters, pure sine wave inverters are usually the most costly option available. This is because they generate alternating current power that matches a real sine wave, like the power from a wall outlet. A pure sine wave is a smooth, recurrent oscillation that is steady and continuous throughout its duration. 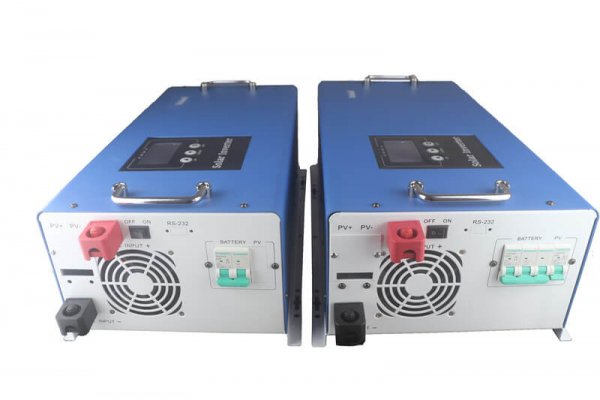 Keeping power loss to a bare minimum to keep your electric bill from rising. Keep in mind that an ineffective power backup system will have an impact on your power bill. However, it is the most effective way to convert stored energy into ac for your devices and appliances.

Reducing the likelihood of appliance or device damage as a result of the modified sine-wave frequency.

When a sine wave is produced, the power supply goes up and down with a fluidly switching phase angle, and the polarity of the wave changes instantly when the voltage crosses zero volts. The sudden and unexpected voltage fluctuation and a change in phase angle are all characteristics of a modified sine wave.

The voltage remains at zero Volts for a while and then changes its polarity. Because of the modified sine wave, any appliance or device that relies on circuitry control that detects the phase or abrupt 0 voltage crossing will fail to function properly when supplied with a modified sine wave voltage.

With clean power and very low noise, the waveform produced by a pure sine wave solar inverter resembles that of normal electricity, which is extremely important for your equipment to operate properly.

Motors and microwaves, for example, operate at a quieter, faster, and cooler rate when using inductive loads.

Pure sine wave output power, which is purer than grid power, ensures that all office appliances are completely safe to operate under these conditions. In comparison to other inverters, a pure sine wave solar inverter provides much higher reliability. In addition, it allows sensitive equipment such as high-capacity fridges and air conditioners to continue operating safely.

When should you choose Low-Frequency Pure Sine Wave Inverter?

If you are looking for a reliable low-frequency solar inverters manufacturer in China, welcome to contact VOKEK, we can offer you OEM/ODM order support if you want to design and make your own pure sine wave solar inverters. VOKEK is one of the leading solar product manufacturers in China with over 15 years of experience, we have well-trained sales and technical team to satisfy your demands. We sincerely invite you to join us to get greater success in the solar business together.